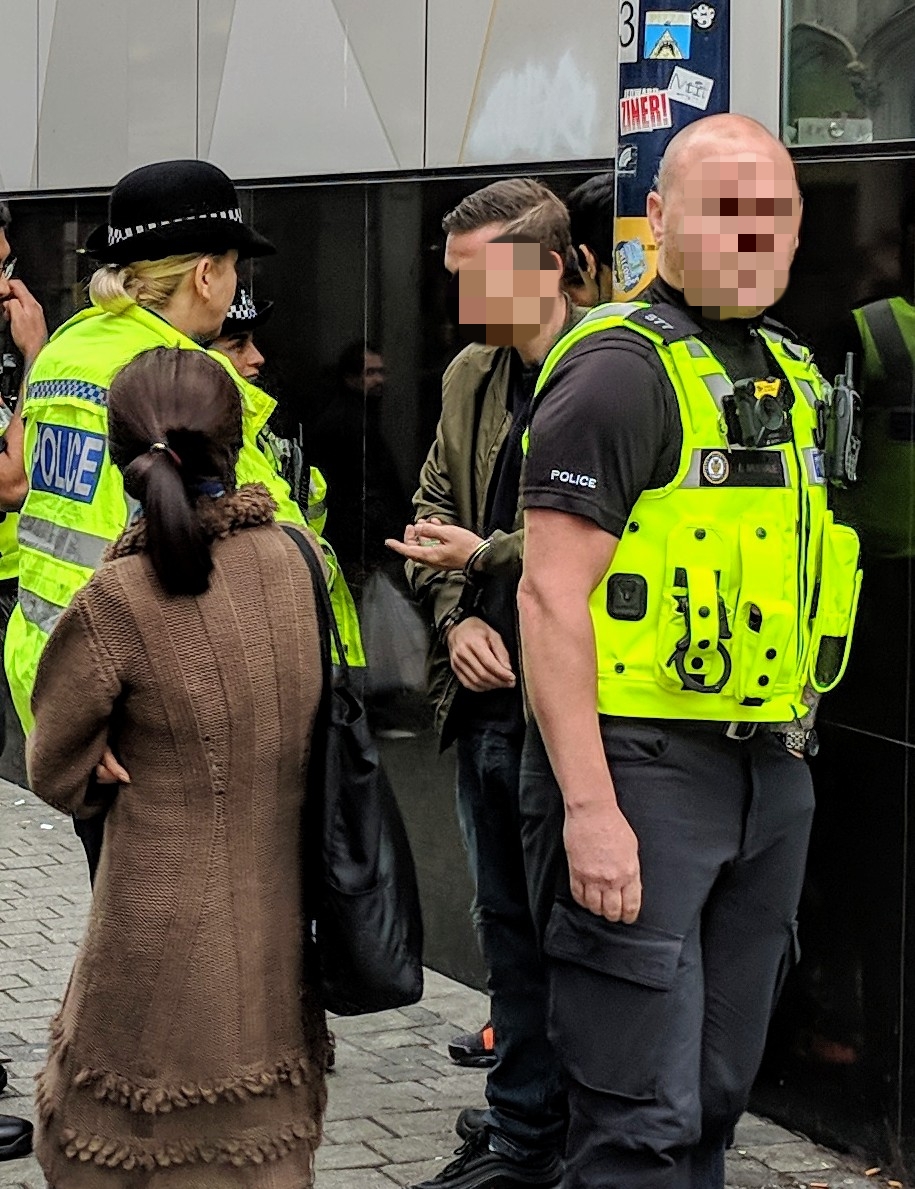 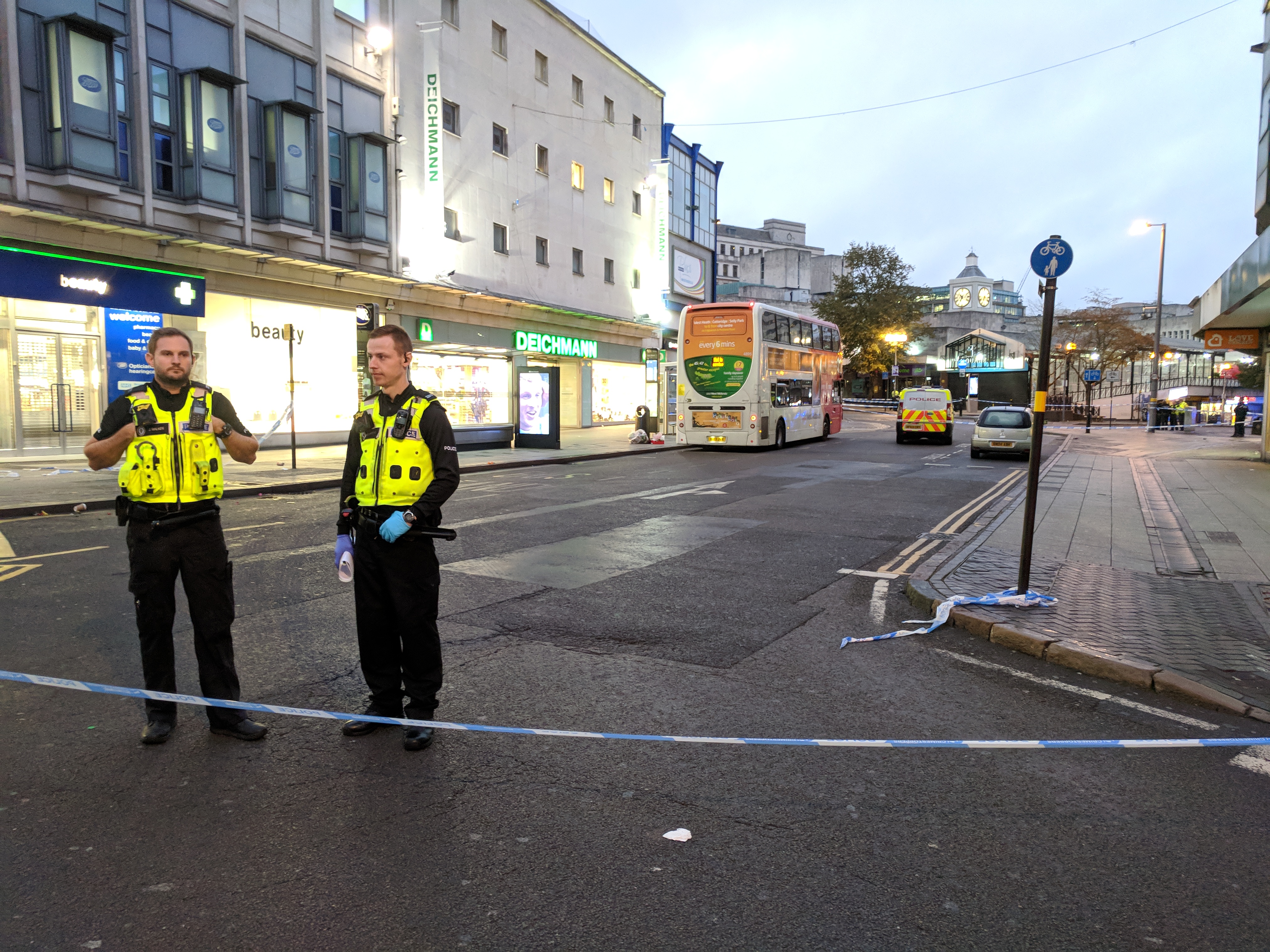 There were probably about 30 of them. Then about 10 or 12 guys started stamping on him. I was on the phone to my mum when it happened and I told her I wouldn't be surprised if he was dead. They were stamping on his head and legs, everywhere. They kept doing it".

But it also turns out that my anecdotal perception of there being some kind of incident in the area every evening is borne out by the data - it turns out that on average, 48 crimes a month are reported just on that 20 yard section of road - you know, like at least one every day.

Hundreds of schoolchildren are causing “chaos” to businesses and shops around Dale End, with one shop owner revealing how youths “just steal things and run off”.

The “free-for-all” around Dale End and Bull Street is hitting shopkeepers hard, none more so than at Pound Palace near the ever-busy McDonald’s.

The shop owner, who didn’t want to be named, said: “It’s happening all the time after 3pm.

“The children come and then there’s around 200 people blocking the door and customers can’t get in.

“You try asking them to move and they just steal things and run off. The police are nowhere to be seen.”

But bearing in mind there is currently an enhanced police presence in the city centre just the other side of town right now because of the Conservative Party conference taking place, you've got to wonder, a mass gang brawl by a bunch of yobboes that looks like it was planned in advance? And they expected to get away with it because they know they get away with the disorder that is a constant feature of the area? There's only one conclusion - that the police have lost control of the streets.

Still, we're not entirely without measures to be kept safe in town - the entire of the city centre is encircled by a Ring of Steel of tank traps as a now permanent fixture since Christmas 2017. 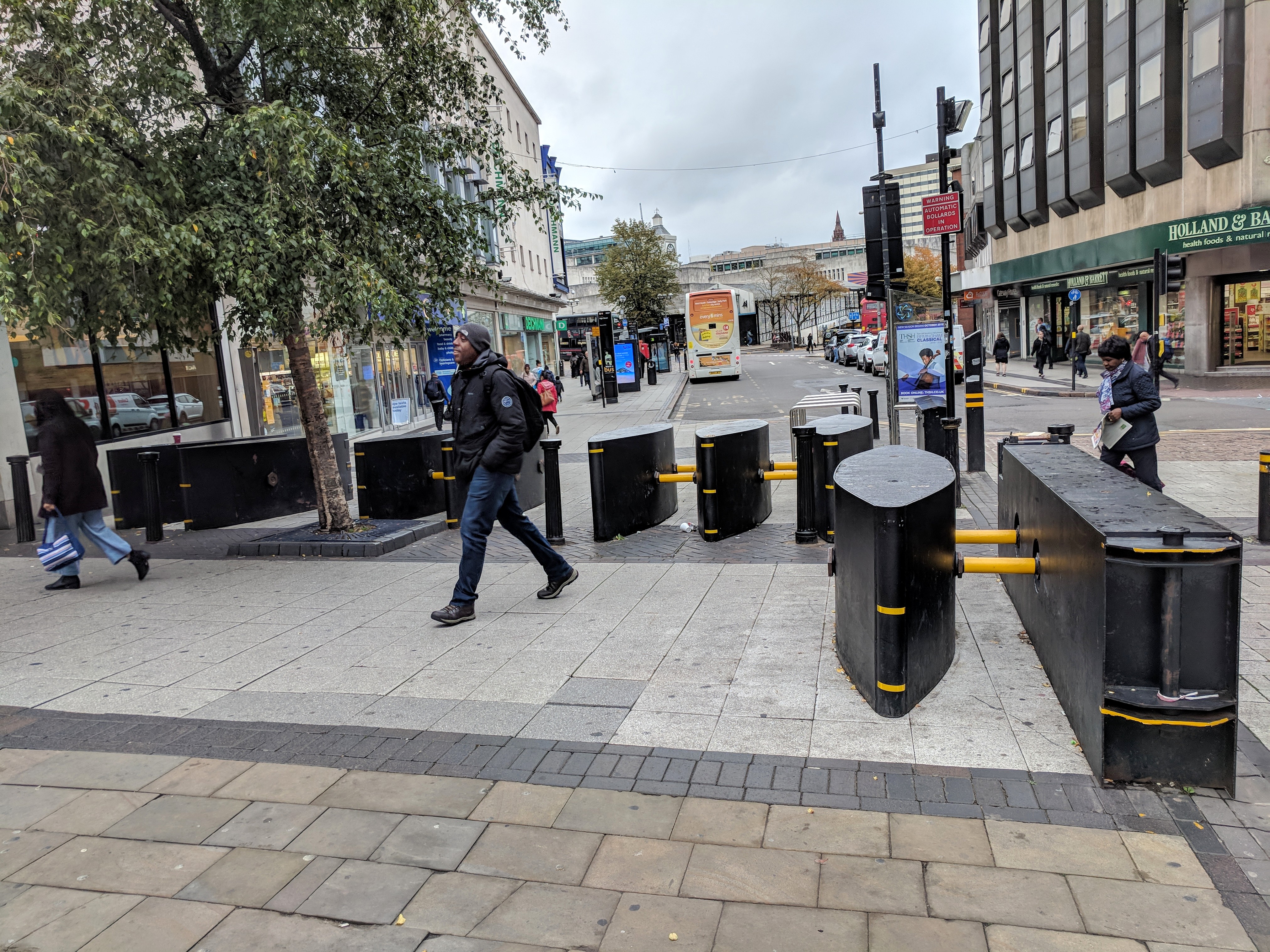 So that's OK, if the yobboes causing 48 crimes a month wanted to storm the area in their stolen hothatches they'd be prevented from doing so.

Perhaps the West Midlands Police and Crime Commissioner might like to reconsider the effectiveness of these measures to prevent a hypothetical crime and instead consider re-prioritising the resources that are currently allocated to them into preventing the actual crime which is going on under their noses?

Given that this is a known crime blackspot during a known time of day, why isn't there a permanent police presence in the area to deter it - and ready to follow it around should it move from Dale End to, say, Pigeon Park?

Of course police budgets are stretched and getting more stretched with more cuts almost certainly on the way - this too needs addressing. But come on, what is it about our society that is now evidently so broken that this kind of behaviour is occurring anyway, regardless of whether there are police officers on hand to deter it? What kind of parents do these 100 children have that have clearly raised 100 yobboes who are quite prepared to kick the shit out of and stab - potentially fatally - one of their number in a mass attack in broad daylight in the city centre anyway?